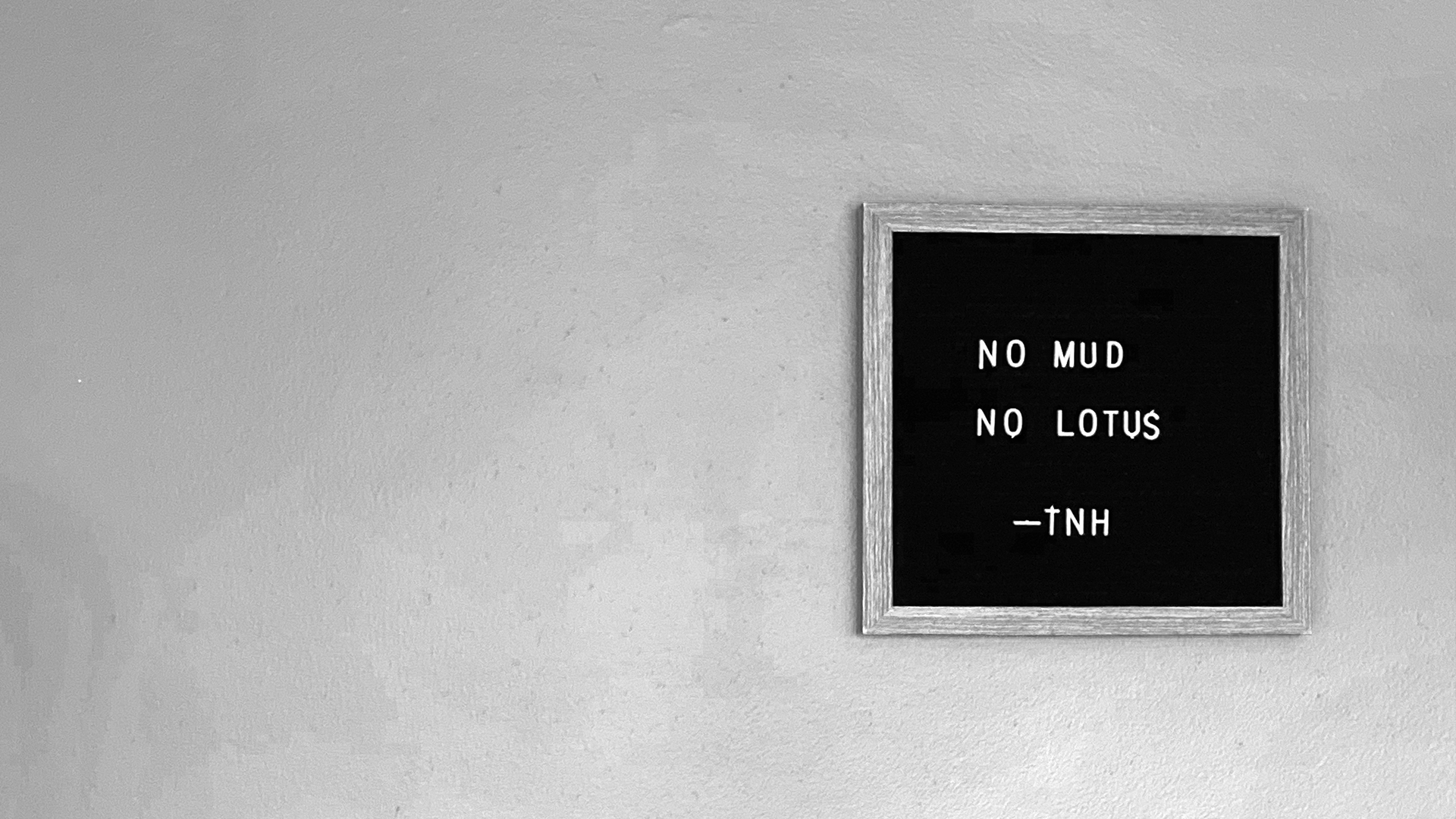 So, this morning I was a bad meditator. This isn’t necessarily a new thing. Meditation can be a struggle, especially first thing in the morning, when the mind is reeling with what’s on the menu for the day. If I wanted to be a good meditator, I would have redirected my attention with a mantra or breathing. Instead, I allowed my thoughts to reel and my attention kept drawing back to these words:

I’ve seen this quote for years and thought I understood it. But this morning as I sat trying to meditate, these words hit in a different kind of way.

Sitting in my meditation corner, I was staring at a vision board for 2021 that I put together the day before and began replaying the process in my mind: it was messy, and took way longer than anticipated.

It was quite representative of my creative process: messy, longer than anticipated, full of questions and revisions, and eventually making its way to something that felt right (although I’d probably have done something different if you ask about after it’s ‘finished’).

While the process was messy and earthbound, the final product was tidy and inspiring. It made me wonder: if we don’t have time to play and get messy, will we ever be able to evolve? If my laundry didn’t pile up from time to time, would I ever declutter my closet?

The Lotus as a Symbol

The lotus has been revered as a powerful symbol across cultures for a long time.  Throughout old Egyptian, Hindu, and Buddhist texts, references and depictions of the lotus have been recorded for centuries. The lotus flower plants itself in the murkiest of mud and blossoms each day, while retreating each night. Aside from the daily resurrection, lotus seeds can survive for long periods of time (like, centuries! More on that later…) Many of these ancient recordings refer to the lotus’ representation of persistence and steadfast faith.

The idea of rising up from the depths was always something that resonated with me, along with just loving the beauty of the lotus flower itself. After sitting awhile with this quote this morning, maybe there is even more here to be explored…

Finding Nourishment in the Mud

When people share their stories of change or full-on transformation, it can feel so linear. Kind of like the step-by-step I listed out above. When we are in the midst of change though, it may not look so clear. It could very well look like that hot mess of clean clothes hanging out in a pile, or like being covered in dirt while tilling a garden, or some other analogy that resonates more with you.

Thich Nhat Hanh’s quote directs attention to the fact that the very thing that creates something beautiful, needs to be nourished by a thick nutrient-rich mess: mud. In order to grow, the lotus takes what it needs from the mess, and lets go of the rest.

Seeing Beneath the Surface

Slowly, with the right amount of sunlight, proper nourishment, rest, and persistence, the lotus unfolds.

It arises pristine out of the mud for one full day. At night, the lotus  submerges itself in water, only to re-emerge the next day.  If we observed this part way through the full process, it may look as if there has been no change at all. If we were to search for the lotus at night, it would appear as if there was no lotus at all. In the light of day, we can see a fully bloomed lotus above the water, as its roots are firmly planted in the mud.

Similarly, if we are to see fully bloomed parts of ourselves, it will look different in the light, or in the dark. While it may be harder to see change as it’s happening, what would it look like to open our eyes to what’s below the surface?

Some Seeds take Longer to Grow

In 1951, a botanist successfully proved that lotus seeds could be germinated after sitting for 2000-3000 years. Up until that moment, it was known that lotus seeds could germinate after 100 or so years, but this took it to a whole new level. While we may not be planting seeds of change for thousands of years in the future, it just goes to show how some seeds just need time and the right environment.

Some seeds just need to hang out for a while, and that’s alright. Maybe there’s a new morning ritual that you want to put in place, but it just never seems to work out. It’s possible that it’s just not time yet. Perhaps there are other seeds that are ready for your time and attention first. All that to say, sometimes the answer isn’t never, it’s just not yet.

Where are you in the process?

When it comes to change, I’ve found myself clinging to the idea that it should be a clean and quick process. That there should be some sort of linear progression that is visible. You know, tangible results that we can hold onto. What I noticed this morning was that there was some magic in the mess. A subtle sparkle in the mud, that when looked at with a microscope, revealed a kaleidoscope of perspective.

If we can pause, and ask “Where am I in this process?”we could find a little more grace through the messy process. We could even make some mudpies and share a few laughs with some friends.

Change is messy, let’s play in the mud.

2 thoughts on “Let’s play in the dirt”